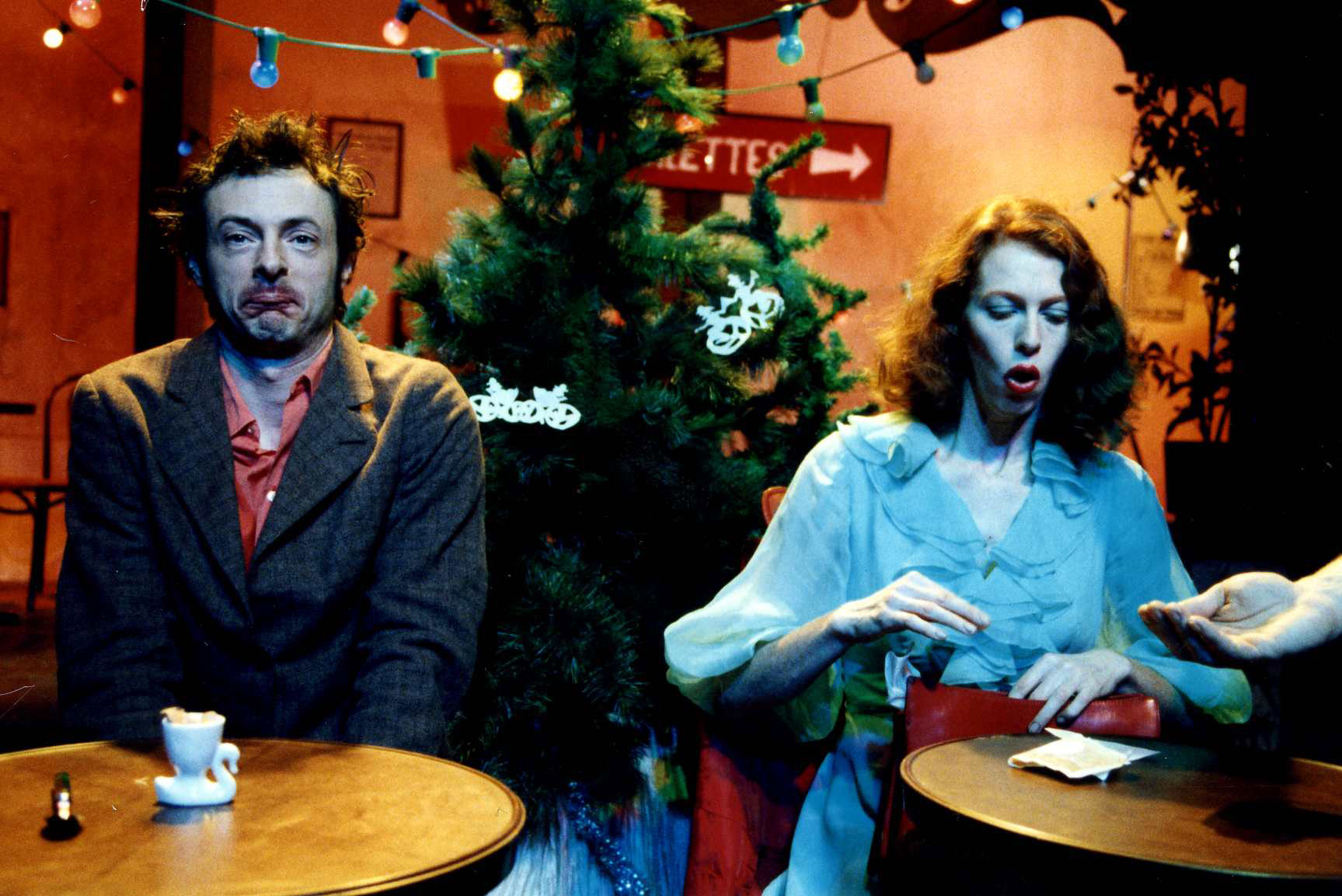 
A programme of slapstick shorts to chase away the post-Christmas blues.

Long-term friends of the London International Mime Festival, Brussels-based comedy duo Fiona Gordon and Dominique Abel will be known to film fans primarily through their recent features, including Lost in Paris (2017).

This programme brings together three of their early shorts. In Rosita (1997) the pair are a fortune teller and her assistant, working out of a dilapidated caravan; in Merci Cupidon (1994) attraction sparks between their two oddball singletons in a strange, out-of-the-way nightspot; and in Walking on the Wild Side (2004), an awkward misunderstanding occurs between a man and a cleaning-lady.

Phenomenal physical performers, the duo are steeped in the grand French physical-comedy tradition of Jacques Tati and Pierre Étaix, who are also represented in the programme. In The School for Postmen (1947), Tati is a bumbling rural postman on a bike; meanwhile, in Rupture (1961), Étaix is a thwarted lover who finds inanimate objects conspire against him as he attempts to reply to a break-up letter.

Abel & Gordon have recorded a special introduction and a ScreenTalk with Festival directors Helen Lannaghan and Joseph Seelig for this screening.