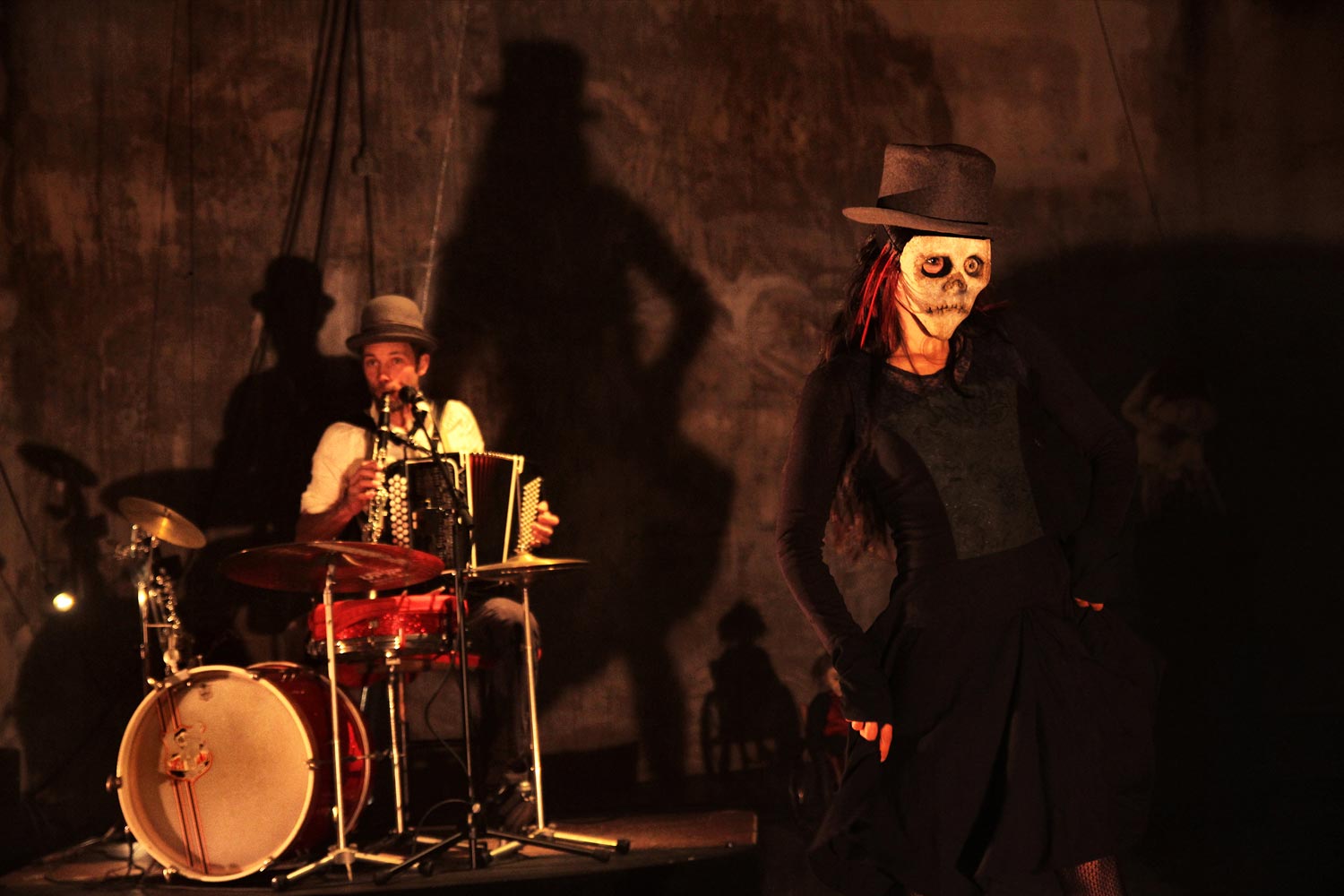 This event has now ended

Life and death play out in their cabaret as an old woman faces the end of her life. Her time has come, the moment to be decided by the Tria Fata, the Three Fates who spin the thread of life, who measure it out and who decide when it will be cut. But the old woman can postpone the inevitable by offering the Fates an account of her life. The snapshot she presents, a swirling kaleidoscope of imagery, illusions and fire proves almost hallucinatory.

Tria Fata shows the intriguing relationship a puppet can develop with its creator/manipulator, its surprising liberty and independence. Martin Kaspar Lauchli's soundscape of clarinet, accordion, drums and voice orchestrates the delicious mystery.

La Pendue is a company formed in 2003 by Estelle Charlier and Romuald Collinet, graduates of France's famous national puppetry school at Charleville Mezieres. Its productions have toured to more than thirty countries worldwide, bringing a sometimes unsettling, contemporary edge to a popular entertainment form.

Performed in French, with English sur-titles

"Funny, poignant, ethereal and satisfying. Joy in life and death" 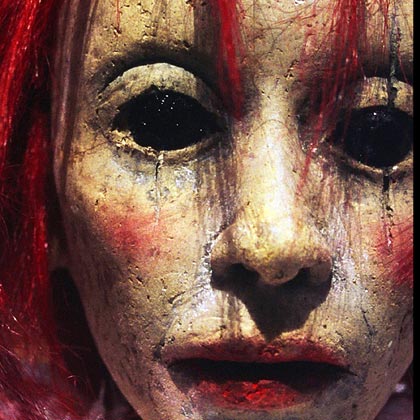 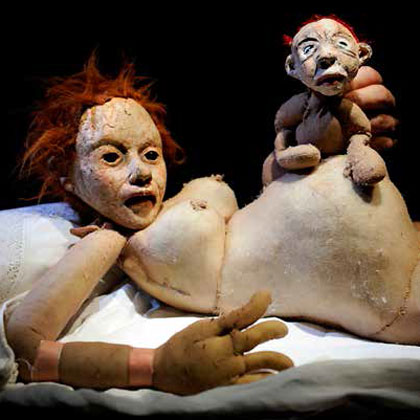 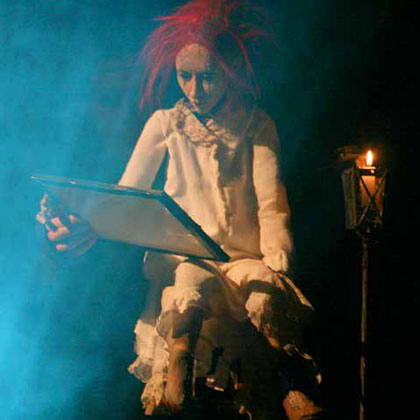